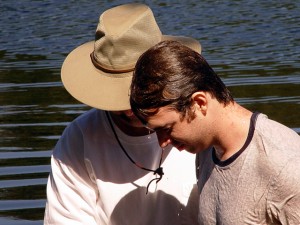 In N.T. Wright’s new book, After You Believe, he brings out a powerful thought about the metaphor Paul uses for the church – the human body. In 1 Cor. 12 Paul uses the human body to describe the church, “For even as the body is one and yet has many members, and all the members of the body, though they are many, are one body, so also is Christ” (verse 12). What Wright points out, however, is that this is not just a random metaphor Paul is using, but rather it has greater significance than to just illustrait a unity in diversity principle.

The body metaphor is in fact a metonymy, “A figure of speech that consists of the use of the name of one object or concept for that of another.” In other words, the church being represented as a human body points to the reality that God’s people are a symbol of the new humanity, inaugurated in Christ through His life, death, and resurrection. Through Christ, the second Adam, what it is to be human has been redefined. Instead of the individualistic, self-promoting way people have lived on earth since the first Adam’s fall, Christ as the firstborn among many brothers has put humanity back on course and shown us a new way to be human, a way in which love and servanthood are the norm.  The church embodies this new humanity through its life and unity.

This concept is why virtue and unity is not a nice option for the church, but critical to its mission. Without love being lived out practically among God’s people, we miss the entire purpose of the gospel. Community is at the heart of the Christian message.

“There is an appropriateness about this metaphor; or, if you like, this is not only metaphor, but also metonymy. The construction, and proper operation, of a new way of being human is exactly what it’s all about. A human body isn’t just an illustration drawn at random. It is a signpost directly into the heart of what’s going on…The challenge to live as a single body is the challenge to live as the New Human. When the Spirit of Jesus the Messiah comes to dwell in Christians, individually and corporately, this happens so they can be – all together – the place where his genuinely human life actually and physically continues within the life of the present world.”